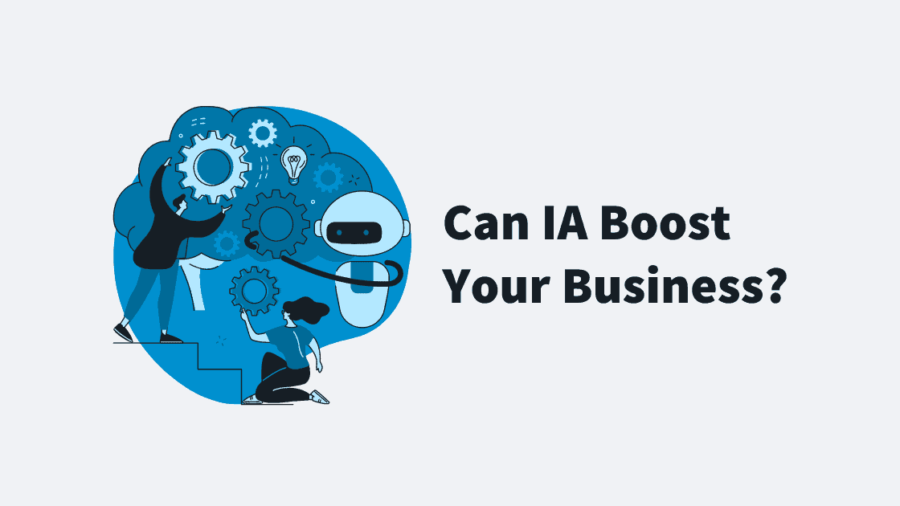 Can Intelligence Augmentation Boost Your Business?

Intelligence Augmentation might sound a little otherworldly, especially when you toss in other terms and acronyms associated with it, like AI, cybernetics, NLP, and machine learning. The concept, though, is simple.

Here’s a look at Intelligence Augmentation and what the concept could mean in your personal and professional worlds.

What is Intelligence Augmentation?

Intelligence Augmentation is software that helps human beings enhance their decision-making skills and learning ability. It extends the power of Artificial Intelligence to analyze massive amounts of data by delivering a synthesis of that data to humans, who then use the information to make decisions.

Engelbart, whose many contributions to the technology world included inventing the computer mouse, identified one of his life goals as making the world a better place by harnessing the collective human intellect.

Programmers design Artificial Intelligence work without human intervention. It amasses data, analyzes it, and makes decisions, eliminating the need for humans. It uses algorithms, which are simply a set of instructions for completing a task, to mimic the way people think. And it can mine huge amounts of data at speeds far beyond human capability and comprehension.

Artificial Intelligence can do many tasks better than people:

But IA can improve upon AI, especially when human intelligence and human creativity are involved in certain processes. 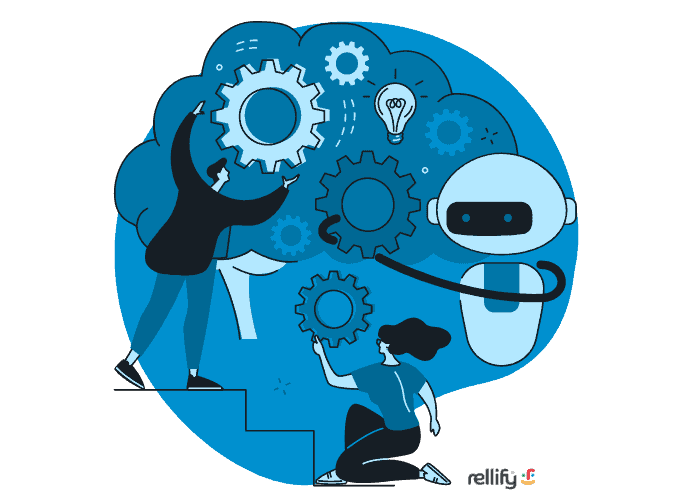 Intelligence Augmentation combines the processing power of computers and the insight of human intelligence.

How does Augmented Intelligence work?

Augmented Intelligence enhances Artificial Intelligence by integrating its results and presenting them to people in a form that helps them make better decisions. Both can use machine learning, natural language processing, pattern recognition, spatial navigation, and other tools for analyzing data.

Augmented Intelligence brings human intuition and insight into the equation. Although Artificial Intelligence seems to improve daily, it still lacks that power.

One characteristic of Augmented Intelligence is the way it is driven by self-learning and by feedback by humans, compiles data from varied, incompatible sources, and synthesizes it in a way that people can use efficiently.

One company, Palantir, uses Augmented Intelligence to help the Scuderia Ferrari Formula One racing team take the checkered flag. The team captures massive amounts of data from the cars and other sources. So, Palantir built a digital race car twin that integrates the data in a way that the Scuderia Ferrari engineers can use.

Then, as a report from Palantir explains: “As engineers across functions make decisions, the platform captures the results of the decisions centrally. This creates a learning loop between the data, the decisions made by engineers, and the outcomes, so that subject matter experts can continuously improve the quality of their decisions over time.”

Many industries are embracing Intelligence Augmentation

The content performance platform uses ML (machine learning) and natural language processing (NLP) to train its models. The goal is to help customers understand the context of their content and see what is relevant.

“We have a market-first IA (Intelligence Augmentation) content creation editor … that will help content producers and writers to create relevant content,” he said. “There are so many rules and aspects to consider; no writer, no matter how experienced, could possibly consider them all.”

The company’s IA-based tools can consider all of those factors. After that, they monitor the content and its performance and learn and improve over continuous cycles.

“Bits and pieces of this holistic solution are available today, but not in a combined platform as with rellify. Integrating all these stages empowers data insights previously impossible to achieve that enable far better content in a more efficient process that will result in top-of-list rankings. Again, all in the interest of the user finding relevant content.”

Put Intelligent Augmentation to work for you

Gartner predicts that “by 2030, decision support/augmentation will surpass all other types of AI initiatives to account for 44% of the global AI-derived business value.”

To find out more about using the power of Intelligence Augmentation to reach potential customers, contact rellify. 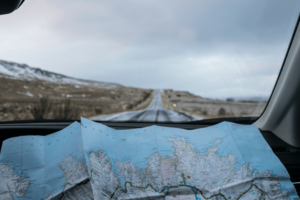 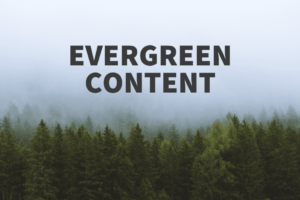 Evergreen Content: A Guide to Creating and Repurposing It

Evergreen content gives in-depth information to its target audience. It can stay relevant and rank high for years, if it's updated properly. 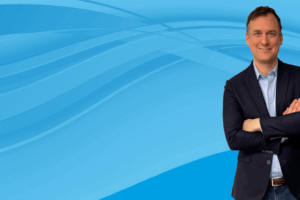 Is Intelligence Augmentation the Future of Content Performance? – Interview With Peter Kraus

Peter Kraus, co-founder and CEO, shares with us why rellify goes beyond what classical SEO agencies offer and why Intelligence Augmentation is the future of Content Performance.