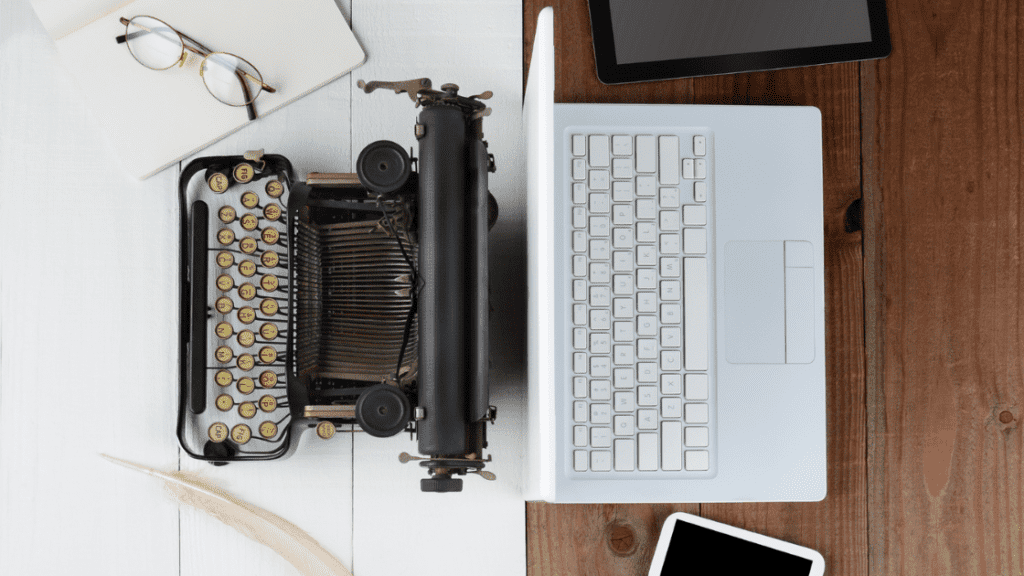 Content marketers are all vying to create content optimized for SEO, but how did search engine optimization come about in the first place? Read on to learn all about the history of SEO, how it’s evolved, and where it’s headed.

When did SEO begin?

The concept of SEO began before the inception of Google. According to legend, the band Jefferson Starship served as one of the primary reasons for the term SEO around 1995-1997. Promoter Bob Heyman received an angry call from the band when they were on the road and couldn’t find their webpage.

Several fansites had been writing so passionately about “Jefferson Starship” that they surpassed the actual band page on SERPs. So Heyman and his partner Leland Harden boosted the number of references to “Jefferson Starship” on the official page, which catapulted them to the top of the rankings.

Who invented the term SEO?

According to this anecdote, Bob Heyman and Leland Harden invented the term SEO around 1995-1997, but experts wonder how much of this story is fact or fiction. At that point in time, in order to boost your SEO performance, you just needed some inbound links, outbound links, several references to your focus keyphrase, and a website that worked. By the mid to late nineties, several tech pioneers began using these tactics to see significant results.

In 1997, the Webstep Marketing Agency was the first group to use the phrase “search engine optimization” in their marketing materials. And around 1998, Danny Sullivan, founder of Search Engine Watch, started popularizing the term and helping clients optimize their content to rank well in search engine results.

By 2003, the term “search engine optimization” appeared in Wikipedia for the first time, cementing its status within internet culture and inspiring a burgeoning industry of consultants and analysts helping companies rise to the top of search engine results.

The failed attempt to copyright the term “SEO”

Although the SEO industry was coming into its own, many marketers were using black hat tactics or word stuffing to improve search performance. But in 2007, Jason Gambert, who may or may not be an actual person, tried to own the trademark to the term “SEO.” Gambert allegedly wanted to protect the integrity of search engine optimization and save the Internet from companies preying on consumers.

Not surprisingly, other content marketers and SEO experts weren’t too excited about this development, nor was the U.S. Patent Office, who denied the trademark by 2008.

SEO and the rise of Google

While SEO predates Google, the rise of this search engine juggernaut started by Larry Page and Sergey Brin has dominated SEO attention for nearly 20 years. So even though people refer to generic search engines, Google’s the one that matters most in the history of SEO. Considering that Google accounts for almost 93% of search engine use, this dominance probably isn’t going away any time soon.

But one of the main reasons Google was able to break through the pack of Yahoo, AltaVista, Dog Pile, Infoseek, Ask Jeeves, and more is because it provided better search query results. It’s also heavily invested in training machines in data augmentation to continue to improve its process. As of 2021, it evaluates over 200 factors when determining SEO rankings, but these have increased over time.

How has SEO evolved?

Since Google has been the dominant force in the SEO industry for several years, many key dates revolve around the latest Google Core update. So looking at the history of search engine optimization through the lens of Google search can be extremely helpful in understanding how conventional search has changed over the years and which criteria matter most.

Google has frequently introduced new algorithms to its algorithm system, offering different features that improve the overall quality of results from searches. Matt Cutts, the head of webspam and search engineer at Google from 2001 until 2016, architected many of these updates. Every algorithm update results in either agony or ecstasy for content marketers, as well as a shuffling of indexing of domains and determining what’s actually “relevant content.” But understanding this brief history can be extremely helpful when it comes to predicting new industry trends.

How have Google algorithms changed?

The history of SEO. is full of changes to Google’s algorithms, and they all work together to create the goal of providing more relevant content for the users. These updates tend to do one of three things: filter out spam and black hat tactics, prioritize fresh, relevant, local content, or provide relevant results for semantic searches.

By understanding this evolution, it’s easier to see how conventional search has become increasingly refined. You can also see how different algorithms build on past ones. However, keep in mind that Google continues to refine and update each of these updates. So even though an algorithm might be over a decade old, it’s still impacting search results today. Version 4 of an algorithm will be quite different than version 1. Here are a few key algorithms that have shaped the history of SEO.

This early project created by Sergey Brin and Larry Page helped pave the way for the juggernaut that would become Google. It weighted factors including domain authority and internal and external links. While this algorithm created a strong foundation for automatic indexing of the Internet, it was still vulnerable to Black Hat tactics.

This marked the first major Google algorithm update, designed to filter out sites with large numbers of poor-quality links. They released it in November, and it had a massive upheaval for many sites, right at the peak of the Christmas shopping season. Unfortunately, many quality sites were labeled incorrectly, significantly hurting small businesses. However, the introduction of link analysis helped shape the trajectory of SEO.

The TrustRank algorithm went a step beyond the foundation of Florida as a way to filter out SPAM and Black Hat techniques from other search engine results. This algorithm helps to identify how trustworthy domains are, so users get quality results.

This algorithm gave Google search results a nice jolt of energy, as the capacity for indexing articles increased, and search results were able to prioritize fresher content.

Google Panda was designed to direct people to higher-quality sites, like news organizations, and minimize the impact of content farms with thinly-written, poorly cited articles.

Some websites, like a good recipe, can be timeless, but the vast majority need some updates pretty frequently. The Google Freshness algorithm does exactly what you’d expect; it prioritized fresh, relevant content and was an improvement to the previously released Caffeine.

Like Panda, Google Penguin took another hit at spammy websites, trying to weed out content using stealthy techniques to boost their rankings. So spam websites that would set up pages with lots of external links linking to them to boost their domain authority and position in search results.

This robust algorithm offered a massive transition towards prioritizing natural language in search queries. Rather than keyword packing and unnatural attempts to fit in all the necessary words for an article, Hummingbird prioritized natural language. This massive change represented a new trajectory and laid the groundwork for future improvements of artificial intelligence and natural language processing.

This update provided a big boost for websites optimized for mobile. So rather than clunky interfaces that might look fine on desktop, improved mobile optimization has created a much better user experience. Mobilegeddon, and the prioritization of mobile sites, helped catalyze this change. Mobile search has grown from around 20% in 2013 to over 60% by 2021.

This significant algorithm, which in some ways is an extension of Google Hummingbird, provided more clarity for unstructured data. So its main job is to understand what you’re looking for, even if you don’t use any “quote marks” around your query. For example, if you type in John Smith, it doesn’t look for all the Johns and all Smiths and sees where they overlap; it looks for the unique “John Smith’s.” It’s also a significant building block in the significance of natural language processing and its impact on search, as well as local search.

Does Google ever ask your location when you’re searching? Google Possum paved the way for local results. This algorithm update provided significant changes for local SEO and offered local businesses a way to connect with their audience. So if you look up “best fried chicken,” you’re probably not going to see results from a universal search of all the chicken places in the world. Instead, you’ll see customized pizza places from your local region.

If your website had been relying on black hat SEO tactics, you probably felt a dip after Google implemented Fred. This algorithm further sought to penalize poor websites with an overabundance of ads and fewer pieces of quality content.

Anyone who has ever asked Dr. Google answers to various medical questions knows how important it is to have trustworthy medical sources in your search results. This algorithm helped prioritize websites with medical authority, like the Cleveland Clinic or Mayo Clinic, over others without medical authority.

How does the history of SEO affect the future of SEO?

The highly specialized process often requiring a team of experts and complex data sets and models might be a far cry from the simpler keyword stuffing and link sharing of earlier decades. But the core of SEO strategy has remained constant throughout. Quite simply, search engines want to give readers the best possible answers to their search queries. Companies also want to be the experts who give those searching their most desired result—so content quality matters. As machine learning and artificial intelligence continue to evolve, we’ll see increasingly specialized search results that use natural language processing to provide better and more relevant search results.

How can I make sure my content remains optimized for SEO?

Google continues to refine its algorithms, usually offering major algorithm updates twice a year. It’s pretty clear about some of the guidelines, like prioritizing articles according to E-A-T (expertise, authority, and trustworthiness.) But even if you’re doing everything according to the latest guidelines, you might occasionally see an unexpected dip in your analytics.

If you notice your content seems to be losing traffic without any logical reason, don’t panic! It’s probably due to a new Google core update. You might need to tweak a few things, but if your content is well-written, your website is technically sound, and you answer the questions people are asking, your organic traffic should return or even improve during the next update. For this reason, you’ve got to keep the long-term results in perspective. Sometimes you’ll see quick wins, but annual performance is often a more accurate search metric than monthly metrics.

These algorithm fluctuations are one reason companies like rellify are so important. Their machine learning utilizes industry-specific data, so they only assess the data relevant to your company and industry. Plus, their team of experts blends the best of human and machine learning, offering valuable industry insights. So regardless of the next chapter of the SEO, you can be confident your content marketing efforts deliver strong results. Be sure to reach out to learn more.